What Really Happened in the UK Blackouts? 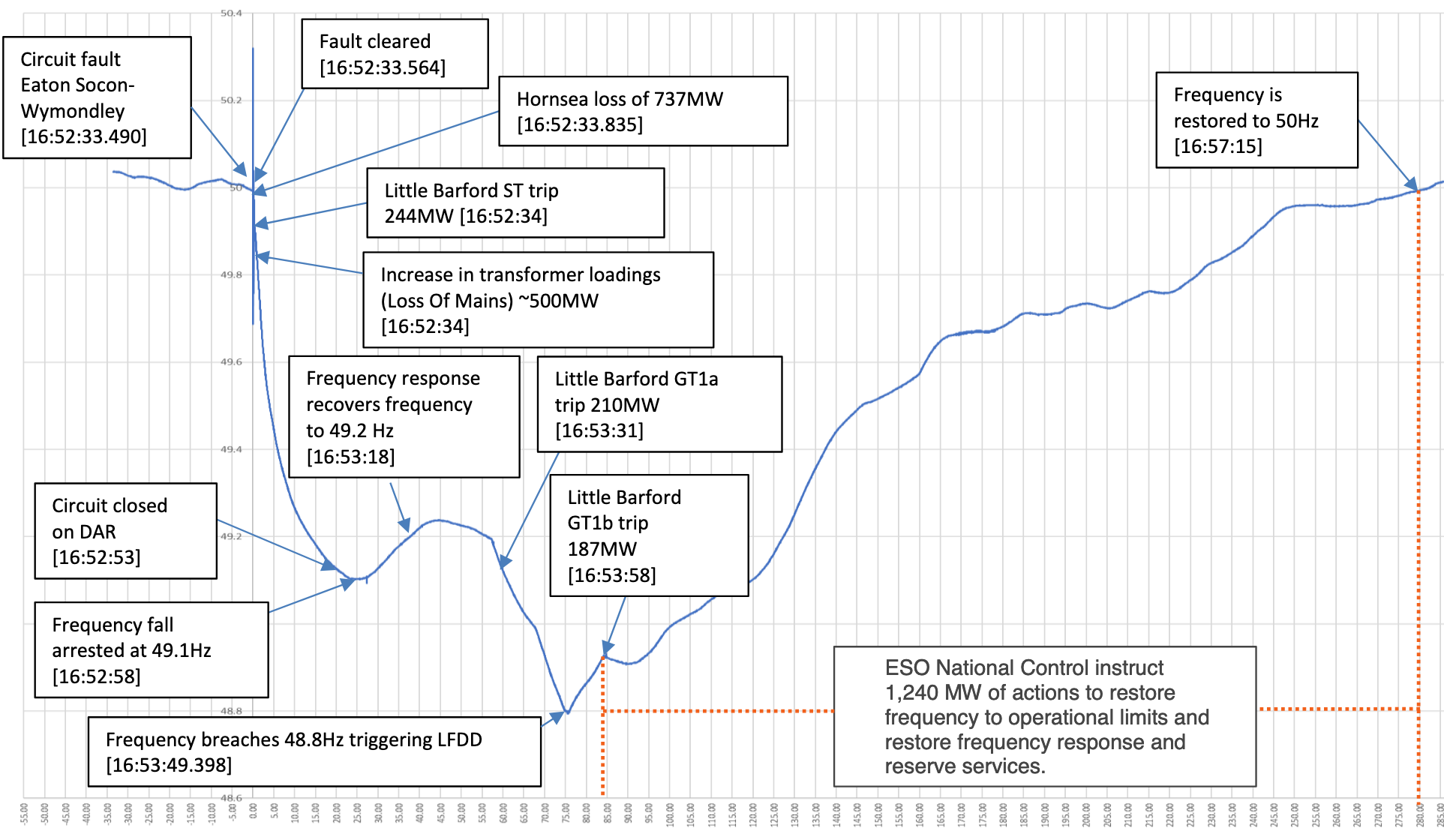 This timeline is based on the interim report from National Grid, published on the 16th of August. It’s a pretty good read! Would recommend. It’s also worth pointing out briefly that all media reporting I’ve seen of the UK blackout have the events wrong – either in incorrect order, or incorrect attribution to causes.

I’ll be focusing on the 76 seconds between 4:52:33PM when the intial event occured, through to 4:53:49 PM when the load shedding occured.

The grid begins in a stable operating state, these next 4 events all happen within 1 second:

What begins as a lightning strike cascades to a 1481MW loss in generation.

Frequency begins to fall. Over the next 30 seconds 900MW of backup generation is injected into the system and the frequency drop is arrested at 49.1Hz. This is good!

No blackouts have occurred! The system is recovering! It looks like this will go down as a near miss — an increasingly common occurrence in many grids worldwide. Frequency continues to move back towards the normal operating band without the need for load shedding. Grid frequency reaches 49.2Hz at 45s after the initial disturbance. 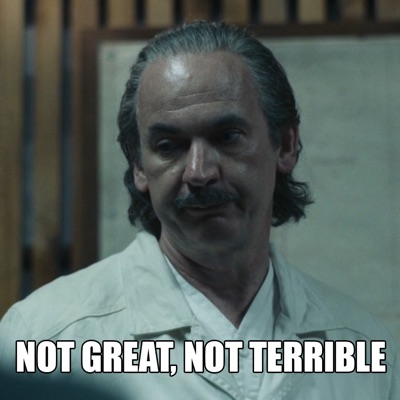 Little Barford Gas Turbine 1 (GT1A), currently outputting 210MW, disconnects from the grid. This is an automated protection response due to excessive steam pressure in the steam bypass system.

The loss of this 210MW causes the grid frequency to start falling again. Emergency reserves are currently maxed out so a downward frequency trajectory at this point is very bad.

Little Barford Gas Turbine 2 (GT2A), outputting at 187MW, will be manually disconnected 9 seconds after LFDD begins due to high steam pressure. This increase the amount of load shedding required.

Below is a time series plot of grid frequency from the report. You can clearly see here the first fall in frequency, it being arrested at 49.1Hz and starting to recover, then falling again to below 48.8Hz.

Why did the initial generators trip?

“The equipment at Hornsea saw a system voltage fluctuation with unusual characteristics coincident with the lightning. The initial reaction from Hornsea’s systems was as expected in attempting to accommodate and address the system condition, but very shortly afterwards as the reaction expanded throughout the plant,the protective safety systems activated.”

“The causes provided by RWE for the initiation of the trip of Little Barford steam turbine (ST1C) was due to discrepancies on three independent safety critical speed measurement signals to the generator control system.. “

We’ll know more from the final report but I’m guessing it’ll be digital electronics miscategorising the situation due to Vector Shifts (aka phase jumps) and/or high RoCoF (Rate of change of frequency) environment.

The system stood up to initial loss of 1481MW. It was the secondary loss of 397MW from losing Little Barford GT1A and GT2A that caused the load shedding. Sure, that initial cascading loss of generation shouldn’t happen, and much of the focus will be on that, but I think some of the focus should be what happened after the initial loss.

The grid remained in an unstable operating state after the initial disturbance, and this is why losing just 210MW from GT1A pushed it over the edge. At the time there was 4000MW of unused generation in reserve. If enough of that reserve generation (gas, hydro) could have increased its output by a few hundred MW total within the 60 second period, hastening the return to the normal operating frequency, the load shedding when GT1A and GT2A tripped may have been avoided.

This event plus some conversations I’ve been having in the last few weeks suggests that while grid operators have some automatic protection systems, much of the operations to get a grid back into a stable operating state when these type of events occur is carried out manually. These manual processes can take minutes (sometimes tens of minutes!). This may have been appropriate when grid generation was comprised of a small number of very large generators, but in modern day grids with an increasing amount of small, distributed generation, you need systems that can identify and correct for destabilising events in seconds.

National Grid will be submitting the final technical report on Friday 6 September.